This past Monday (1/30) was Brian's (32nd!!) birthday. Him and I actually celebrated a few weeks ago when I surprised him and took him to the Brad Paisley concert (with Scott McCreery and The Band Perry). It's quite a funny story of how I surprised him...he had NO clue!! We started off the night by going to 25 Kitchen and Bar across from the Van Andel...it was yummy! Thunder 94.5 was also having a pre-party there so we met all the DJ's from the station. The concert was AWESOME; we had a blast! 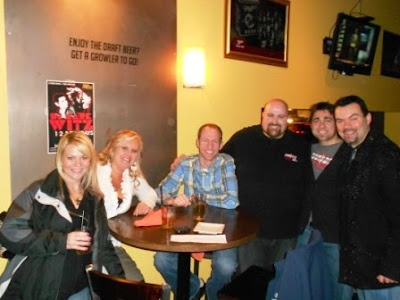 This past Sunday we celebrated with our families . Brian has been a NY Giants fan since grade school, I think, so since they are in the Superbowl I went with a football themed party. Have to a have a theme for Carter. :) Here is the cake I made him (it had footballs on the side). I quick took the candles out to take a picture (hence the holes). 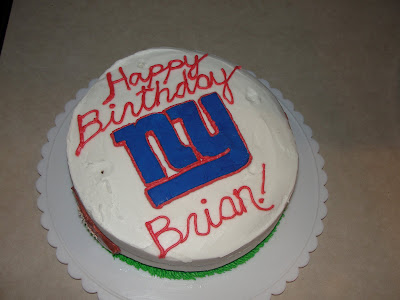 All the dudes helping him open his presents. Carter, Trey and cousin Kasen. 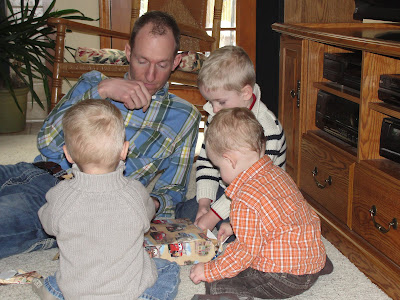 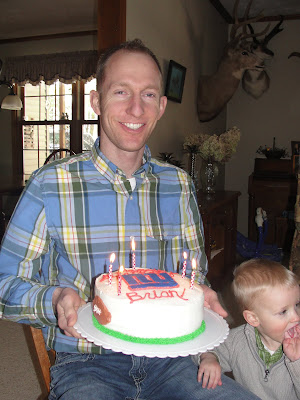 On his actual birthday we went to Crazy Horse with all 5 of us...phew...we survived but don't need to try that again for a while. :) Carter thought it was such a treat though since we don't take them to restaurants much anymore.
Posted by Meeuwsens