Today we got to spend the day celebrating Carter turning FOUR!!! I can't believe it...time flies! We are actually having a combined birthday party for both boys next weekend, so today we had some fun spoiling Carter. Since Grandpa Cliff and Grandma Karen are in Florida, and will be for a while, Brian and I assembled their gift to the boys last night and let Carter open it when he got up this morning. They love their new play house. Carter calls it his office. :) 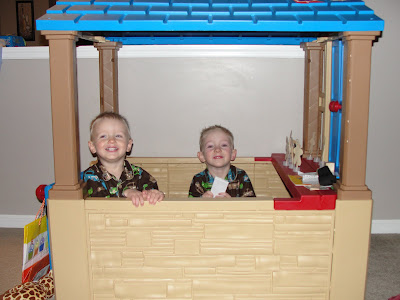 Then we dropped Trey and Jade off at daycare and Carter and I went to Russ' for breakfast. After breakfast it was off to The Peanut Store to pick out some treats! So many decisions! These are the boys birthday shirts for their party but I thought I'd let them wear them today too. 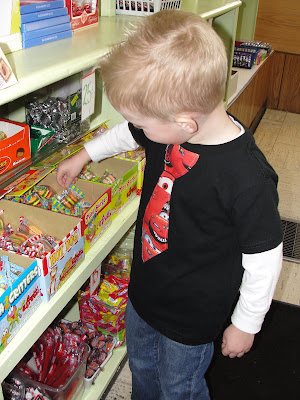 The owner was sweet enough to treat Carter with this sucker that said 'You Rock' and wanted to take our picture together. 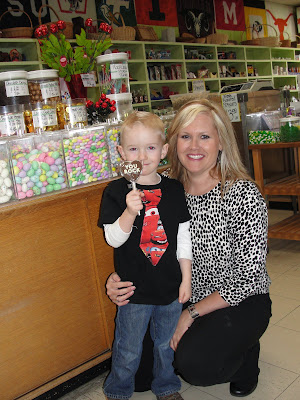 After the Peanut Store we stopped to see Grandpa Jim to bring him his birthday treat. A Snickers bar of course! And Carter obviously already was into the candy as you can see from his green mouth. :) 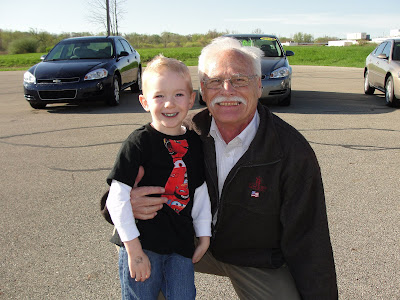 Grandma Mary Ann had big instructions that Carter had to pick out a chocolate bar for her so we stopped to quick say hi to her at her work. Then it was off to daycare to play with his friends. He was spoiled with a cake and lots of presents. 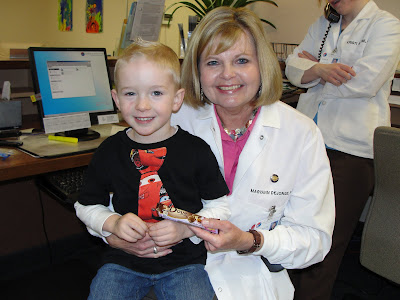 After daycare we met daddy at work at McDonald's for dinner and play time and then came home. Then his BFF Sydney came over so we celebrated some more with cupcakes from Holland Cakery (YUM again!) and sang Happy Birthday. 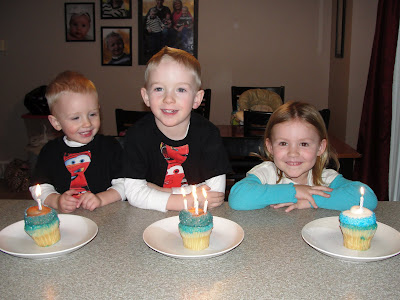 I would say that's a pretty big day for a 4 year old! We love you Carter James and look forward to many, many more years with you!
Posted by Meeuwsens 1 comment:

Tonight we got to celebrate my mom's 60th birthday! My mom is truly my best friend and we talk almost every day; about anything and everything (just ask Brian). :) I don't want to wish away the days but I pray that Jade and I have this same kind of relationship when she is my age. And let's just say being the only daughter has it's perks. :) Thank you mom for EVERYTHING. You are always there for me and do so much for us. We LOVE you and appreciate you! (And I pray I look this FABULOUS at 60!) 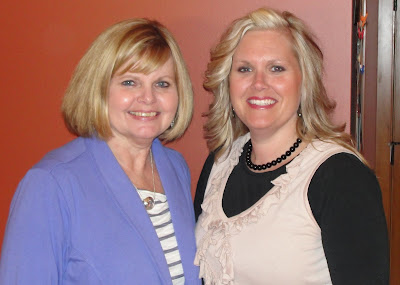 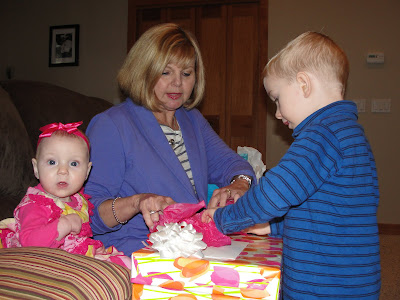 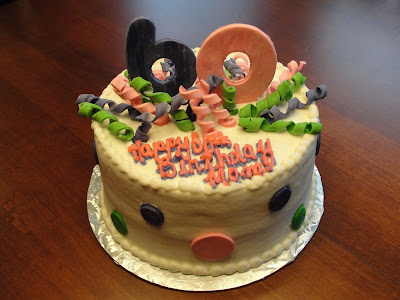 Grandma and her grand kids...one more on the way this summer! That will be 5 in just over 4 years! 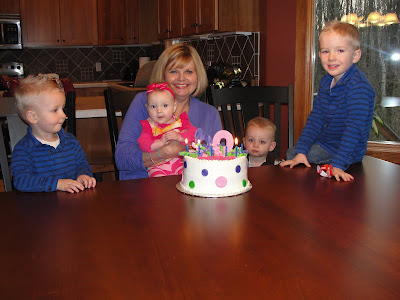 My lovely parents! Ha...got to love how my dad always dresses up for the occasion...anything Harley Davidson is getting dressed up, right? :) Love ya dad! 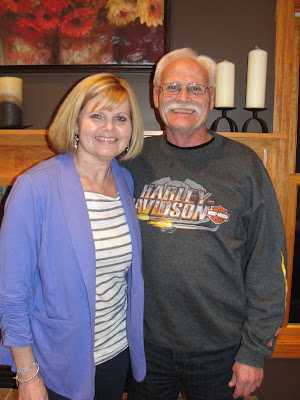 Mom and her kids and kids-in-law. Saturday night we get to go out with just the adults to celebrate. Looking forward to it! 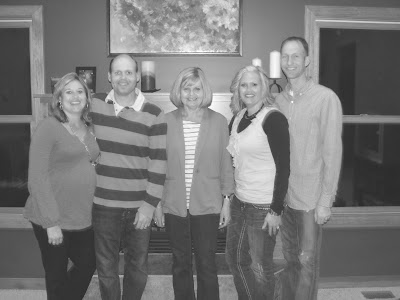 Carter missed being born on my mom's birthday by just an hour but they still have a special bond and say they are birthday buddies. Looking forward to celebrating with Carter tomorrow! 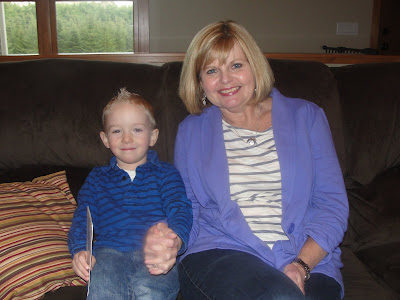 What we are loving this week 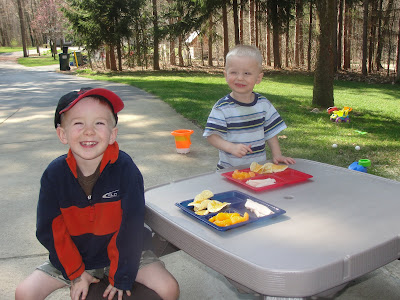 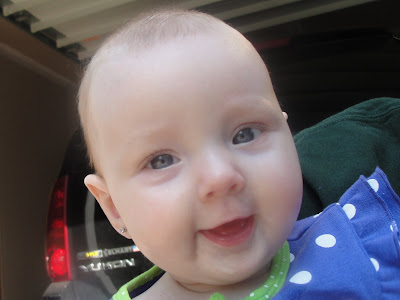 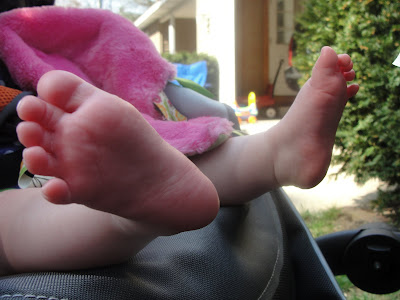 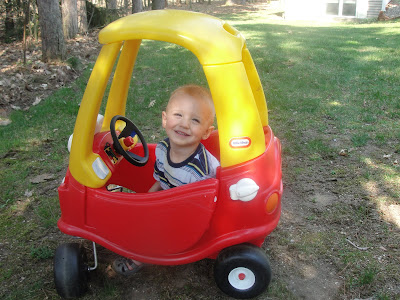 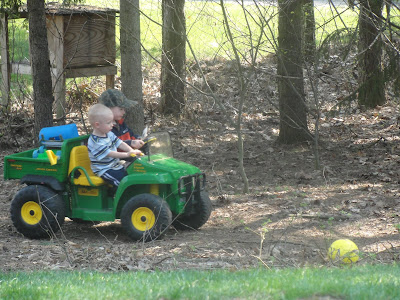 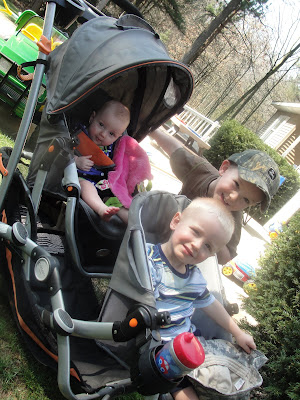 Posted by Meeuwsens No comments:


I was stuck home most of the week with sick kids but a giggling baby will always put smiles on our faces!
Posted by Meeuwsens No comments:

A walk to the park

Even though the boys are under the weather with coughs/colds we had to get outside today and enjoy some fresh air so after naps we headed to the OAC. You know you are a busy family when you have 3 that all can still ride in a stroller! Carter was so excited to go to the park! 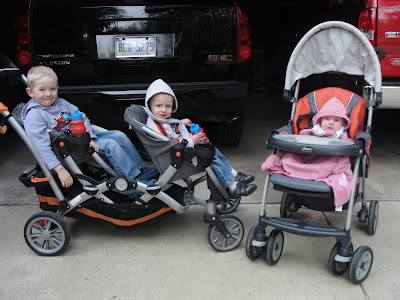 The adult swings are way fun! 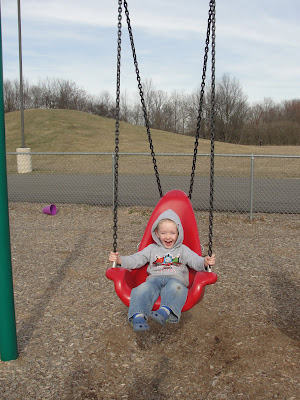 Jade LOVED being outside and was full of giggles and smiles in the swing. Hard to squeeze any smiles out of Trey...he's definitely not feeling the greatest but still had a good time. 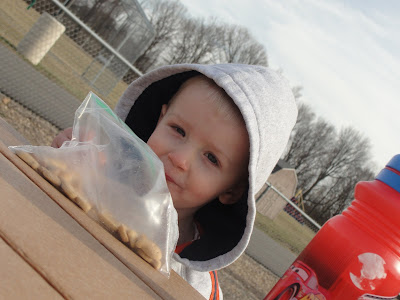 Climbed the tower with mommy.... 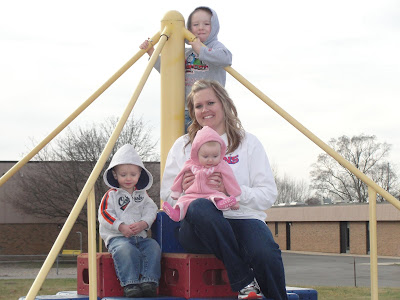 ...and swung on the bench with daddy. 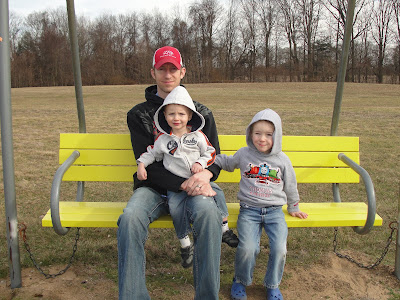 Looking forward to many more trips there this spring and summer.
Posted by Meeuwsens 2 comments: