I am in between computers again while I transition to being full time mommy so here is one post to catch up a little bit of what we have done this fall.  Carter was able to ride on a float in Zeeland's Pumpkin Fest parade with his friends from school.  Just him and I went since it was drizzly and chilly and there was room on the float so I rode with him.  We had fun together. 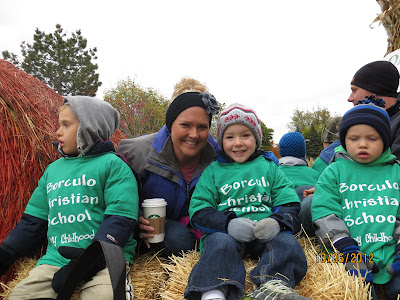 This year after seeing lots of signs for Fun Pumpkins we thought we would check it out one nice Sunday night.  We were the only ones there and had fun checking out the crazy pumpkins and walking through the pumpkin patch. 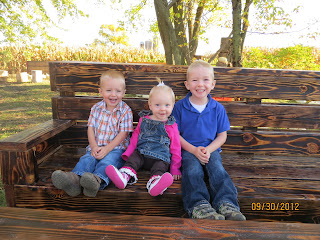 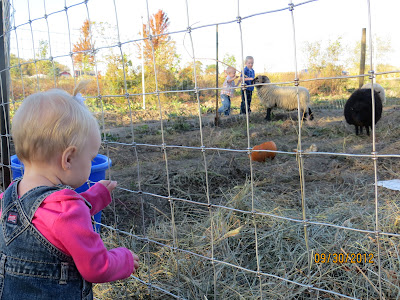 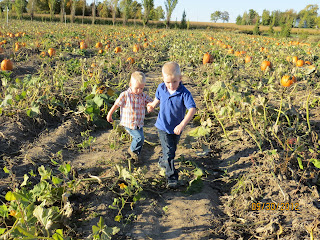 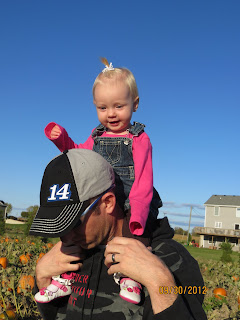 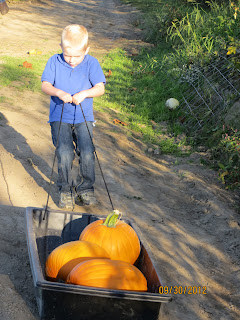 We never got around to carving our pumpkins this year but Carter had just as much fun smashing them in the woods with me this weekend. :) 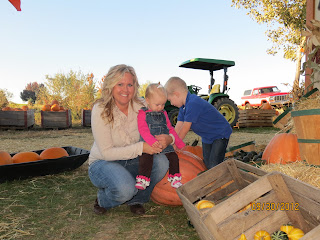 We also made some Halloween sugar cookies this year.  I pretty much let the boys run with it and frost and decorate as they wished.  They were covered in sprinkles!  Daddy was a happy guy...his favorite! 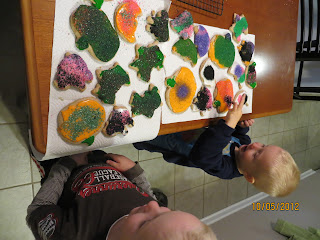 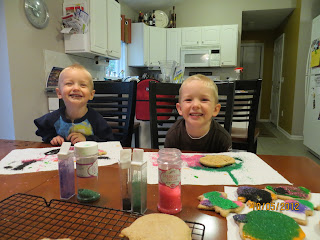 And on my days off we often have lazy/fun days.  Here are the boys rocking out!  Too funny.   Don't ya love Trey's garage sale special PJ's...they are hilarious. 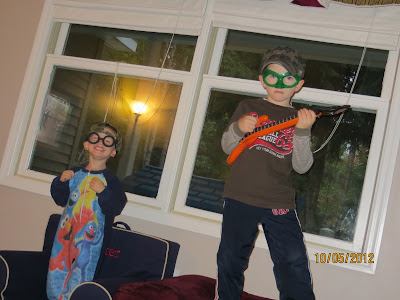 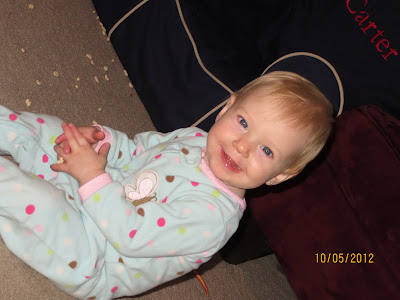 And our little miss getting into the boys cereal...trouble!
Posted by Meeuwsens