On Sunday we were brave souls and we headed to Detroit for the Pistons game with Josh and Bobbie. We debated on going b/c of the roads and had to stop a couple of times on the way to see where we were going but we decided to give it a try. We saw about 15 accidents on the way (Josh was our official traffic control counter). Once we got going on the highway it was better and it was sunny in Detroit! 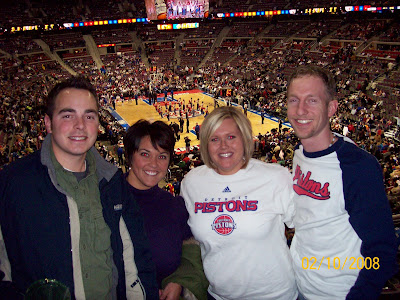 Here is Brian and Josh modeling the free camel hats they gave away to the first 7,500 fans. They are already planning on wearing them to MIS and rafting. 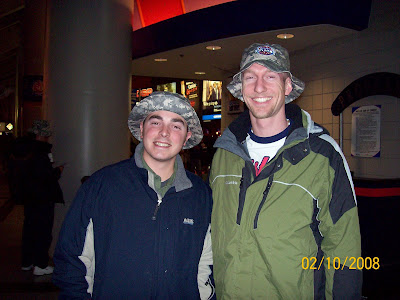 And here is the coldest that the Yukon showed. -5! Bbbbbrrrrrrr! 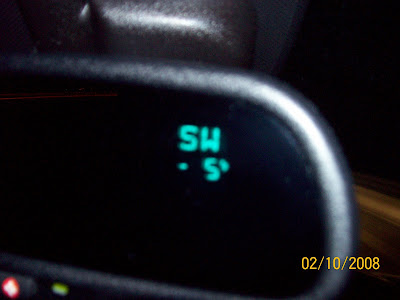 Glad you made it safely!!!