It's been too long since I updated! We have been super busy and having way too much fun! It's going to be so hard to go back to work next week. Last week we started the week off by going to the park in Allendale for a play group. We usually go to the Zeeland playgroup during the school year and during the summer they meet at various parks so we decided to check out the Allendale one since it's so close. 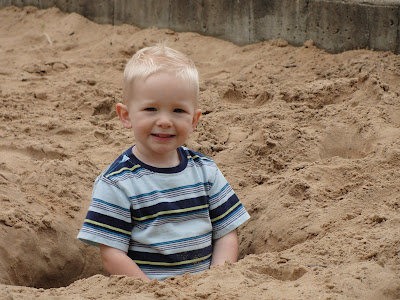 Carter had a blast! 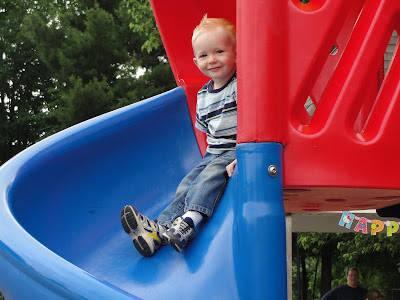 Wednesday Carter went to daycare to play with his friends while I went to visit a co-worker that just had a baby named Noah. Trey was so excited for his play date! :) It was his first smile that I was able to catch on camera. 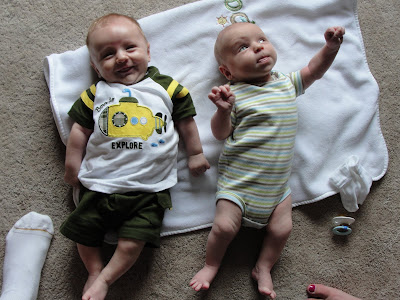 Thursday we went to Helder Park for the Zeeland playgroup. Here's Carter and Jacob swinging. They also made a craft and sang some fun songs. 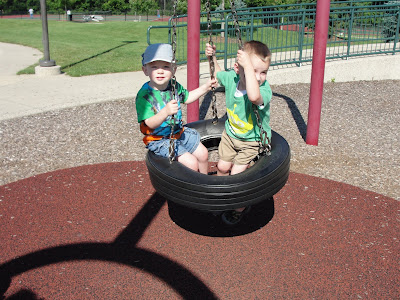 Friday we headed downtown to the fountain with a BUNCH of girls and their kids. It was super fun. Unfortunately my camera battery died so I only got a couple of pics. Here's Carter and Liam checking it out. Definitely will be going back. 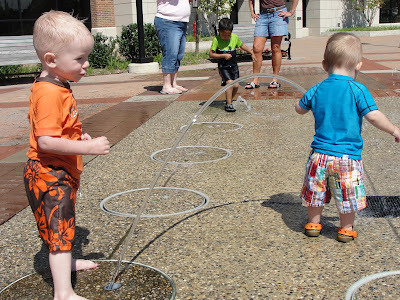 I keep telling Brian if he wants to keep me home then we are just going to have to have 3 kids! Ha, ha...
Saturday we headed down to South Haven for HarborFest. Mom and Dad Meeuwsen and all their boating friends were there for the weekend on their boats. Trey just chilled out in the stroller or on the boat. 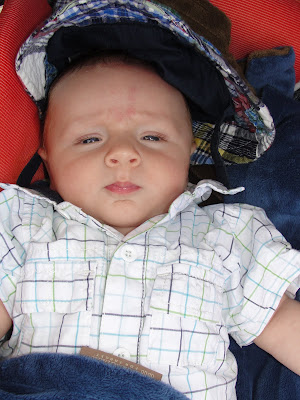 As always we had fun watching the dragon boat races. One was a little weight heavy :) and took a couple of spills. Carter loved to watch them. 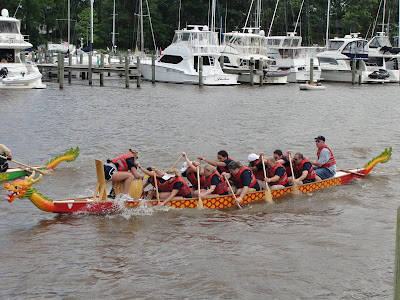 The big lake was to rough to go out on so Carter was content going for a few dinghy rides. 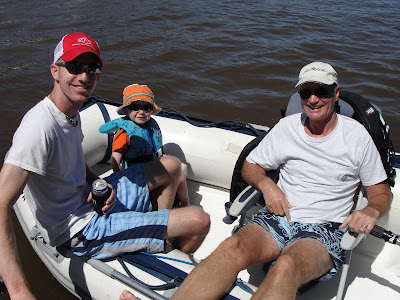 He met a friend Mason and he wanted to go for a ride so daddy took the little dudes for a spin. 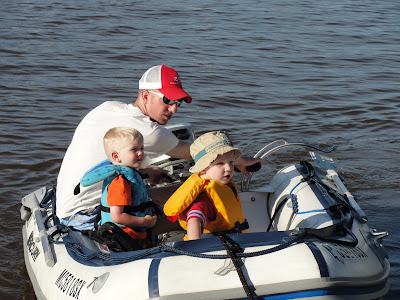 This guy was definitely the highlight of the day. Brian and I took Carter for a walk on the pier and seen this guy listening to his iPod and dancing away. It was hilarious; we just had to tape it. He was spotted 4 hours later STILL dancing!
Sunday night we had my family over for a steak dinner for Father's Day. Here's Grandpa and his boys. 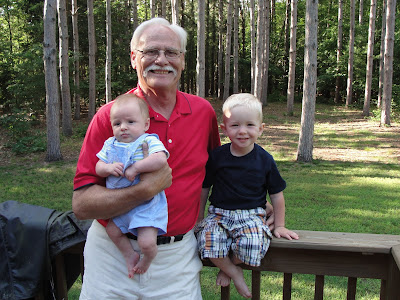 Dad/Grandpa with his kids and grandkids. #3 to come in a month! 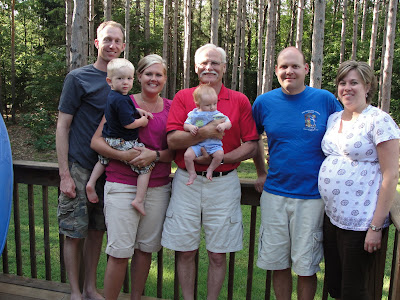 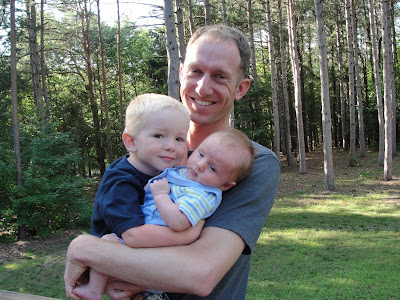