The two weekends before Halloween we went to a couple fall/harvest events at a local church and school. The first one was at South Olive Christian put on by the church. They had dinner, a hayride, games, prizes and entertainment. Carter and Trey had a lot of fun playing the games. And I won an apple pie! 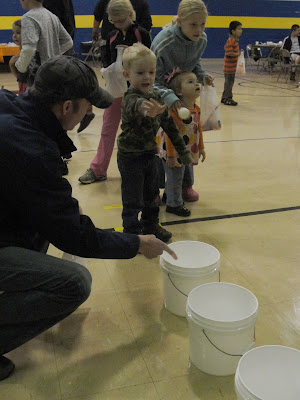 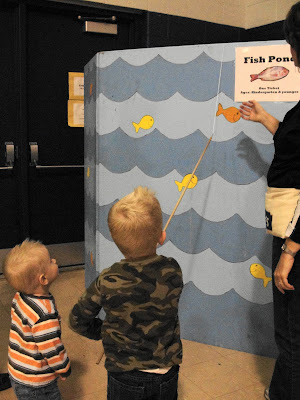 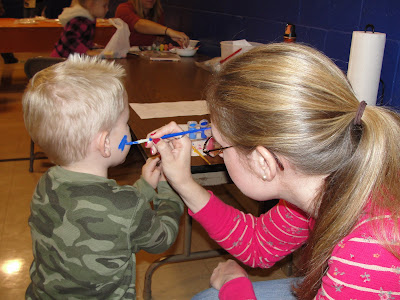 Then last weekend just Carter and I went to Ottawa Reformed with Tim, Jen and Liam. They had dinner, games and trunk or treat. The boys had fun and did so good saying Trick or Treat and thank you. :) Isn't Liam the cutest garden gnome??? You should have seen his mom and dad! 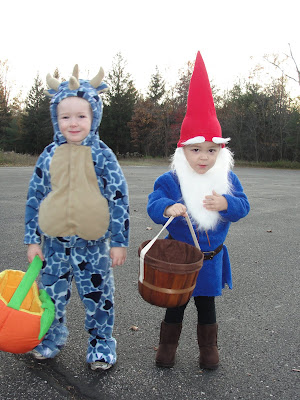 My mom went to Florida with her girl friends while my dad and the guys went pheasant hunting so we stopped by their house last weekend before they left. Here is grandpa with his boys! As much as they wrestle with him the poor guy is going to age fast! :) 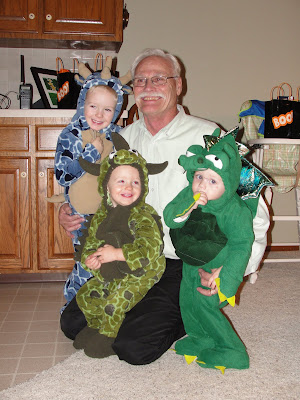 The boys were all dinosaurs this year (cousin Kasen on the left) and Jade was an angel. So fitting for all! 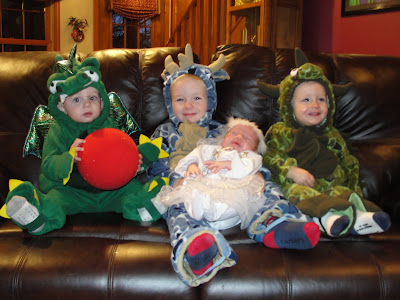 Sunday night I thought we better carve Carter's pumpkin...it's never too late, right? Last year he wouldn't put his hands in and pull out the 'guts' and told me he was going to this year but still wasn't a fan of it. 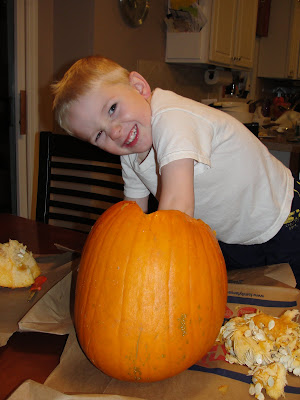 Jade was hungry so I had to carve fast so it's pretty plain and simple. All that mattered was that I had a happy boy who likes to watch it glow on the porch. 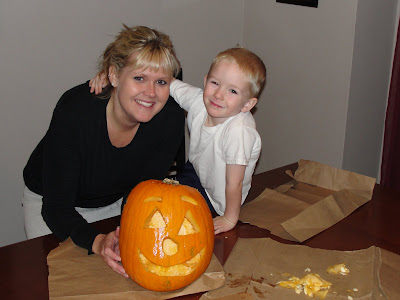 Halloween night we went to De Witt's neighborhood to trick or treat with DeHaan's and Huyser's. Trey was a little under the weather so Brian just stayed home with him. 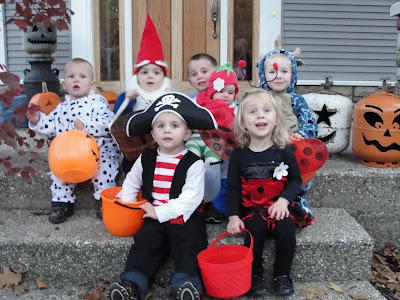 The kids didn't last too long this year so good thing we had enough strollers and wagons along! 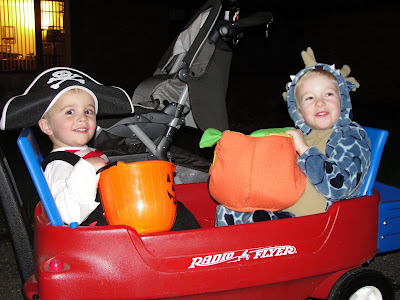 The mommies and our girls. 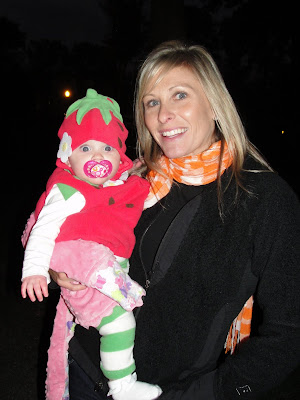 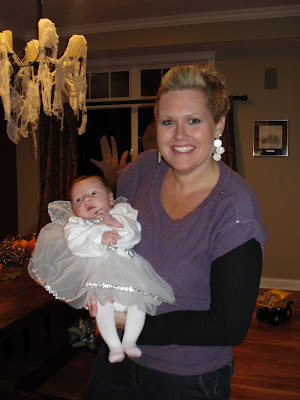 Tuesday night I brought Carter to ZFS and Brian took him to a local farmers field and he got to pick beans on the combine for a while. I think this smile shows how much he loved it! 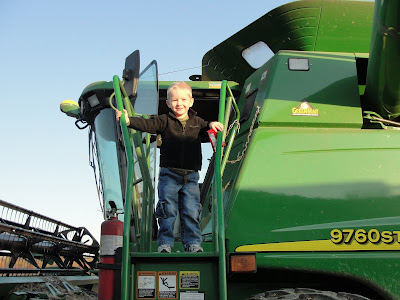