Can't believe my lovebug is 3 months already! Time flies! Everyone told me I wouldn't have an easy baby like Carter but so far I am proving them wrong! Trey is SO similar to Carter as a baby...it's kind of scary! He has been sleeping through the night since 10 weeks and is just so content. He is full of smiles and LOVES to be talked to. He talks right back to you....seems to me more than Carter did. 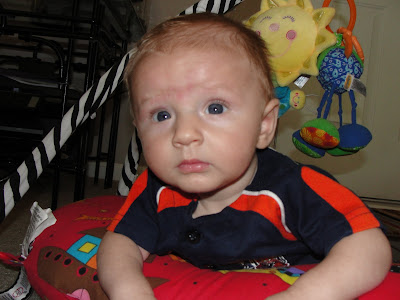 Here's a couple of pictures of Carter at 3 months. It's pretty crazy how much the two look alike. I think Carter has a little more of the Meeuwsen forehead :) but overall they are almost identical in so many ways. 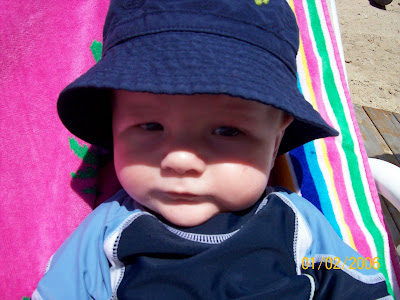 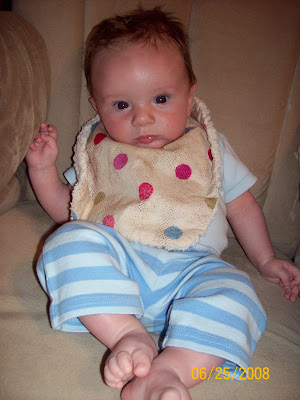 Carter does great with Trey. He always needs to know where he is but otherwise he pretty much leaves him alone. He has started to play more by himself which is nice and I love to listen to the stories he makes up. He is definitely a 2 year old but so much fun too as he learns so much every day.
Posted by Meeuwsens