A couple of weeks ago it was definitely time for Trey to get a trim. His hair over his ears was getting a little out of control and driving Brian nuts. Here is a before picture: 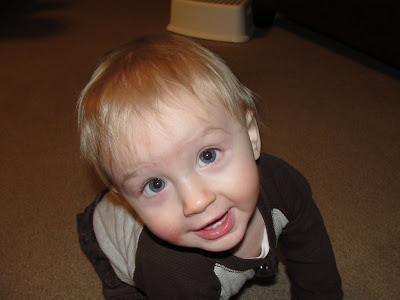 Not too sure about Miss Mindy's clippers. He actually did great. Just got a little antsy toward the end. 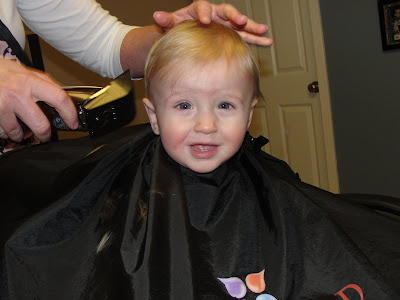 Checking out what tool she is using next. 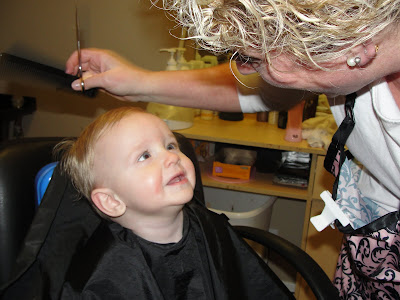 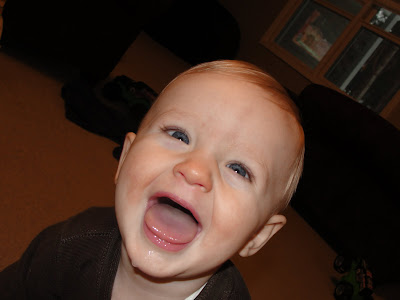 I never posted on his weight follow up but he gained back over a pound in a month so he is doing just fine. Actually now he is a GREAT eater and cries if you don't get it too him fast enough. He pretty much eats all table foods and likes most everything. He's also getting ready for his first birthday and will show you that he is going to be one. And within the last couple days he is breaking his own thumb sucking habit...his poor thumb is so callused and swollen that he won't suck it so he cries before naps and bedtime but hey...if he breaks that habit already I would be happy! Wishful thinking probably. :) He also pulls himself to standing and will walk around furniture now....hoping he is walking by the time it's spring outside. And of course he is into everything his brother wants to play with!
Posted by Meeuwsens