Fun in the sun

Well we can say we have enjoyed some fun in the sun. The past two days have been beautiful. Here are some sunset pics from the other night. It was a little windy so don't mind my hair. 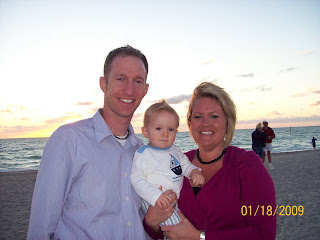 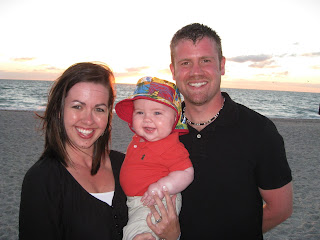 We have been having fun trying a different restaurant each night. Here is a pic from the Fishery Restaurant in Placida. 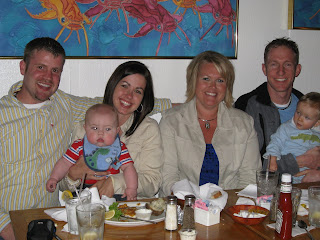 Yesterday Stac and I packed lunches for the beach and as we were enjoying our sandwiches at the beach a seagull came and stole Stacey's sandwich straight out of her hand...it was hilarious! It was like a cat fight hearing them all fight over it. Here are the dudes hanging out in Carter's Sun Stop'r tent yesterday. It's so funny to see them fight over toys at such a young age. Little stinkers! 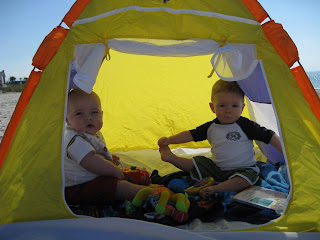 Here are the boys ready for lunch! They love to hang out in their clip on chairs. 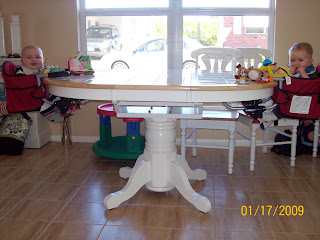 The boys have gone fishing every morning. It works out nice...they fish for two hours in the morning while we tend to the boys and we get two hours in the afternoon to ourselves in the sun...its a nice trade! Pete wanted to redeem himself from the last post. Here is a bigger one he caught. These fish were caught in the canal in front of the condo. 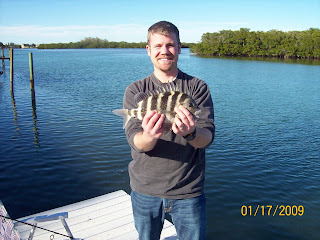 Pete's skills are wearing off on Brian. He caught this pretty sweet flounder fish. 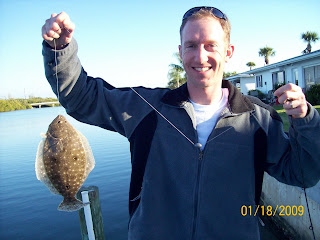 This morning we hung out in the lawn at the condo for a while. The boys had fun playing outside. 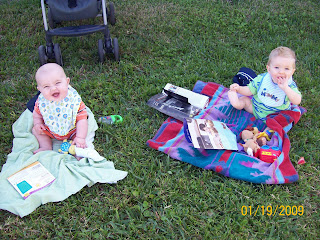 Then it was lunch and off to the beach. Carter did what he does best and took a nap in his tent. For those who are wondering he does still have his ear infection as far as I know b/c he tugs at his ear but he eats and sleeps great so it doesn't seem to bug him too bad. 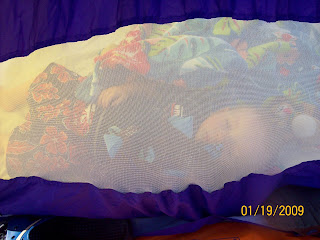 Brian and Pete went shark teeth hunting at the beach today and came back with quite a collection. 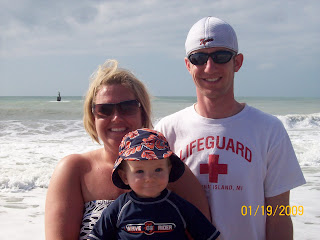 Another funny story...last night at dinner one of the waitresses was trying to get Carter to stick his tongue out and he was just staring at her and then he started bawling when only a little while later another waitress came up to him to talk to him and he did the same thing! He was fine until everyone started talking to him...we had quite the laughs!
The boys get plenty of attention everywhere we go! I think we have given several grandparents their grandkid fix for the week. :)
Tonight we went to Siesta Key for some shopping and dinner. We ate at the Daiquiri Dock...it was delicious! We had good luck shopping too. 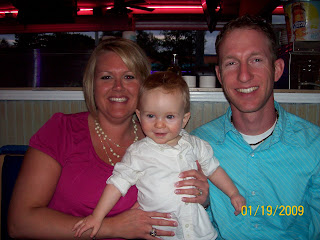 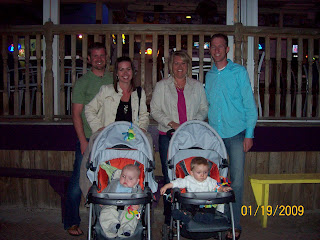 The next few days are supposed to be pretty cold but today it was supposed to rain and be cloudy and it was blue skies and sunny so we hope the forecast is wrong!
Posted by Meeuwsens

Looks like you guys are having a blast and I'm happy that Carter is acting like his normal, adorable self! This morning when I woke up, the temp ready -7! So, enjoy the weather down there :)

Enjoy that warm weather - it's freezing up here! Can't wait to hear about the trip .... Carter looks adorable!