Catching up on latest fall fun

As promised here are some of what we have been up to the past few weeks...the night we announced our pregnancy to Brian's family we were at the annual Bosch hayride/bonfire party. It was a great night and a lot of fun. Here are the kiddos: 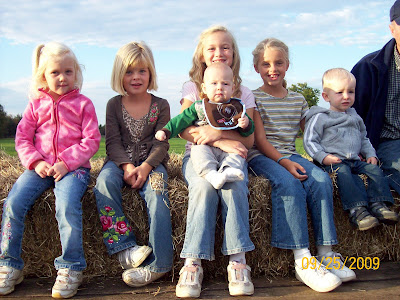 The next morning my mom, Brian, Carter and I went to the pancake breakfast at the Borculo firebarn...Carter got this fireman's hat and wears it all the time. It's so funny. He loves to wear it when he rides his horse. 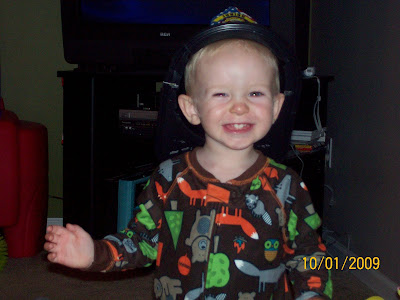 Last Saturday we rode the ZFS float in the Zeeland Pumpkin parade. It was nice that Brian could be along this year too...when all this rain stops he is going to be crazy busy at work! 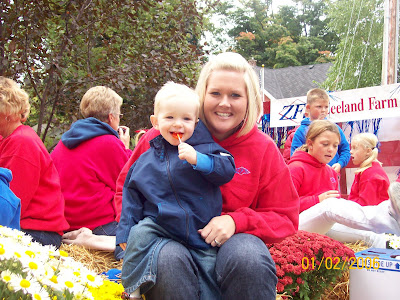 Grandma Karen needed a new picture for her frame with her grandkids so we took this pic on Sunday...so cute! 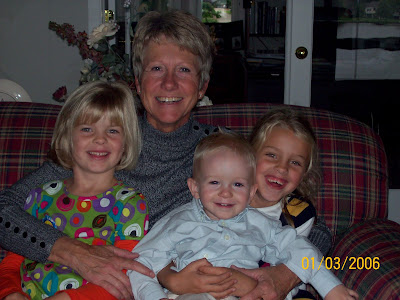 And this pic is for grandma Karen...Carter LOVES popcorn too! He thinks he's big stuff to sit and eat from his own bowl. 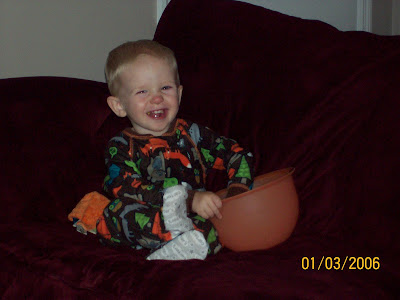 Monday we headed to Crane's for our annual apple picking with Kate and the girls and Brian's mom. We picked the only nice day this week so good thing we went when we did. 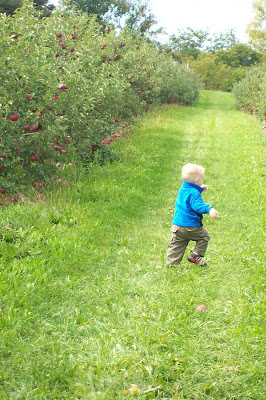 Carter was most content riding in the wagon eating an apple...kept him occupied so it worked for me! 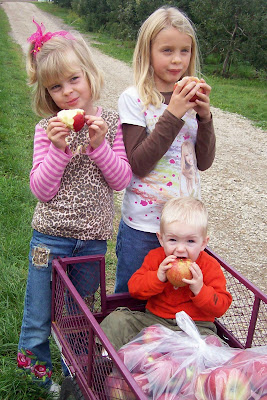 Kate and I both picked 87 pounds and now ours is all applesauce! As some of you may have seen on Facebook it was a rough day Wednesday making applesauce with my grandma. She fell and passed out a few times so I had to call 911. It was so scary but I was glad I called when I did. She stayed in the hospital a few nights and it was from a bacterial infection but now is home and doing well.

I'll post a pregnancy post soon on more details...we did have an appt. this week and all was well!
Posted by Meeuwsens