Yesterday was a busy day with lots of fun! We started off by having lunch at Stacey's house to meet the newest additions Jordyn and Lucy. Dana and Jordyn are here from Colorado so it was nice to catch up with them! Here is Carter already being a big brother and giving Jordyn kisses...so cute! He did it all on his own and I caught him in the act! 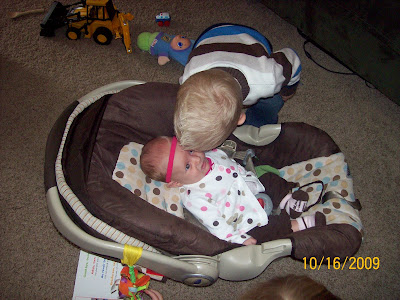 And our best attempt at a group picture...oh my! From left to right...Lucy, Jace, Carter, Liam, Jada, Jordyn and Isaac. The kiddos had lots of fun playing together! 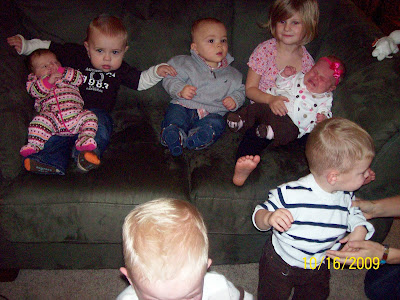 I was playing with Liam on my lap and surprise, surprise who thought he had to squeeze in too? He does okay if I hold infants but kids closer to his age he doesn't like! 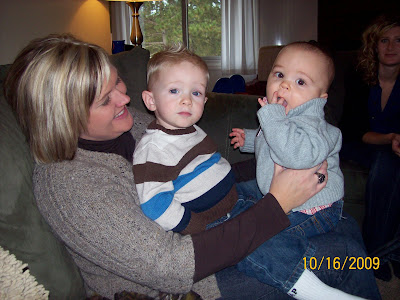 Then it was home for a nap and off to Post Family Farms with the OCG's! (Olive Center Girls) The four of us--Beth, Vicki, Jen and I--were neighborhood friends all of our lives. Carter got stung by a bee on his thumb right when we got there but only after a few tears he was fine. He sure swelled up but at least we know he isn't allergic! Here is Carter deciding what pumpkin to pick out. :) 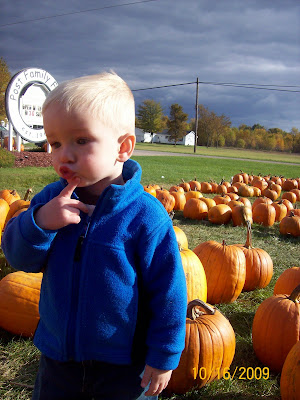 Can't find one mom...need to go on the hayride out to the pumpkin patch! 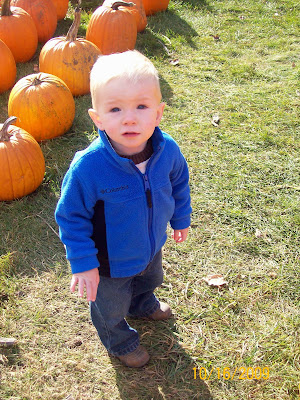 The four kiddos (minus Kaylee) ready for a hayride! Alyssa, Carter, Liam and Jax. 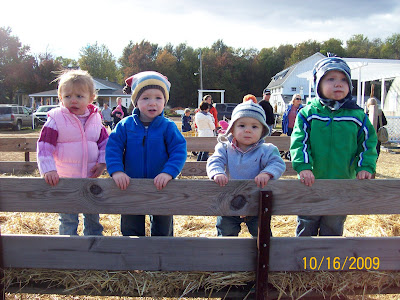 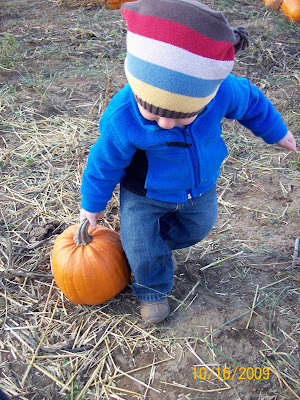 After the hayride they got to ride the pumpkin train. They all loved it. Even Liam got to ride and thought he was big stuff....it was so funny! He's in the one behind Carter. 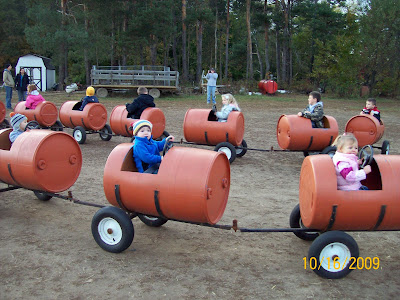 One more pic of all four...almost as good as our morning pic with the other gang! :) 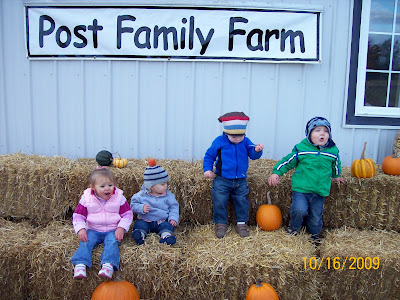